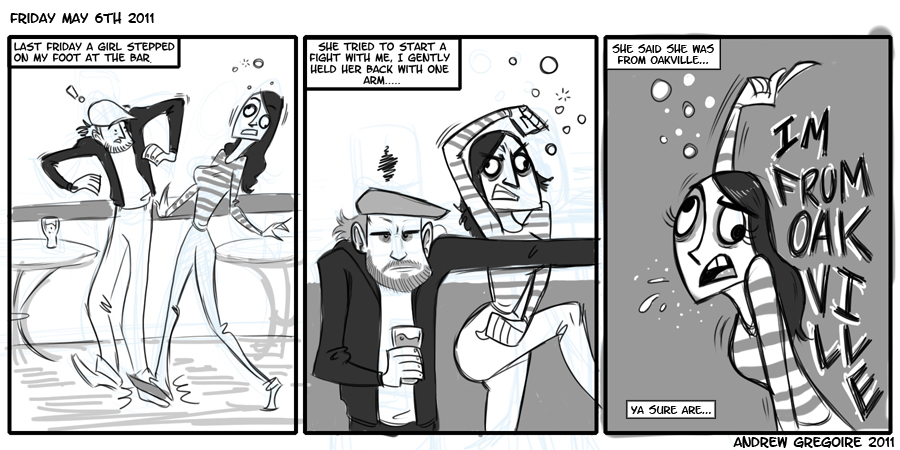 So this was the comic that started it all. Basically I was at the Poacher(a bar in downtown Burlington, Ontario) with my band and we were chilling having some beers on the patio when this drunk girl steps on my foot and wants to start a fight with me.

Essentially the comic explains the rest of it.

I knew after this happened I had to make a comic out of it. So i created panel template in Photoshop threw it into Sketchbook pro (all my comics are drawn in Sketchbook pro) and then pasted it on facebook for everyone to enjoy and a couple people thought it was funny.

And I was hooked then. Nobody I knew was posting comics on facebook… it just made sense.