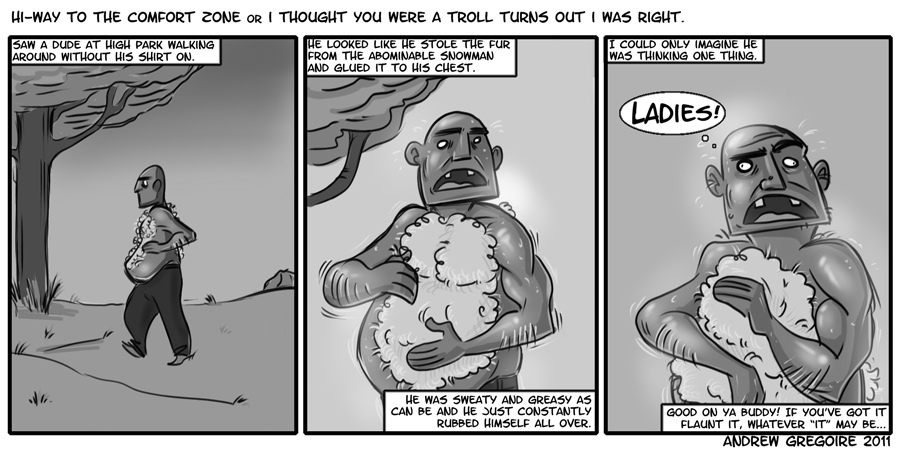 Here’s today’s comic, I enjoyed drawing this one. This dude was hilarious. All greasy and hairy, and staring at girls creepily. It was pretty awesome.

So Nintendo had it’s E3 press conference today and announced it’s new console Wii U. While I can share the sentiment that it’s a shitty name, I am impressed with the amount of 3rd party support it has. I was especially surprised to see Ken Levine of Bioshock fame. I’m hoping some sort of Bioshock game appears on the system.

Also a promise was made for a new Smash Bros. game is in the works for the Wii U and 3DS, which is one game I’m super excited for. I hope Nintendo revamps it’s online service and allows for better online matches. That’s something I’d buy the console for.

The controller looks neat, granted it looks huge… but I do enjoy the idea of transferring your gaming experience to the controller and then back to the TV if you desire.