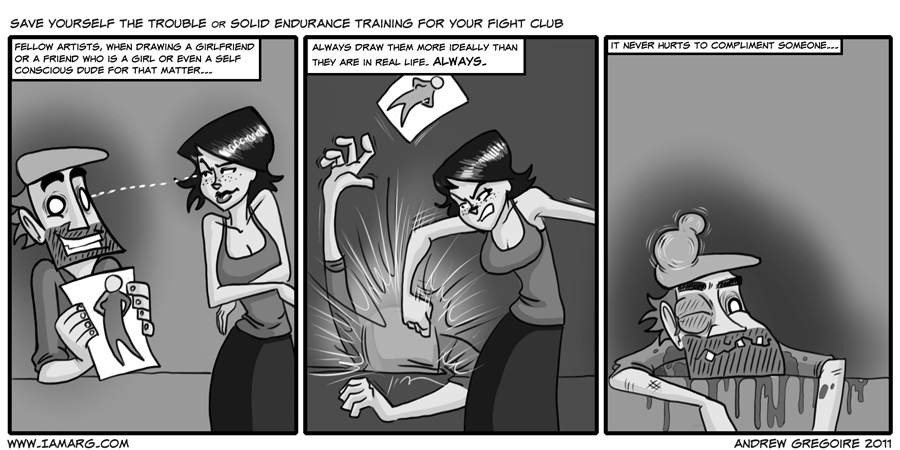 First off. I’ve made 50 comics! I know that’s a low milestone. but that’s some serious feat of dedication coming from me. Ya see, I can rarely stick with something. So for me to hit a milestone like this is a step in a direction I really wanted to take. I want to collect these strips eventually into a book. That’s my one year goal. and it’s cool to see me on my way to achieving that. This was something i tried to do way back in 2001-02 and failed pretty badly.

I used another band I love, Anamanguchi. If you’ve never heard of them I highly reccomend checking out their stuff. It’s Poppy chiptune rock and it’s just so well done. my three regrets is not seeing them live when I had the three chances too… shame on you, Andrew… shame…

I found out that Fanexpo is also the same weekend I’ll be camping and I won’t cancel camping. That’s just an awesome weekend. So… I think I’ll pop into Fanexpo on Thrusday and do my one day of stuffs and enjoy the weekend off.