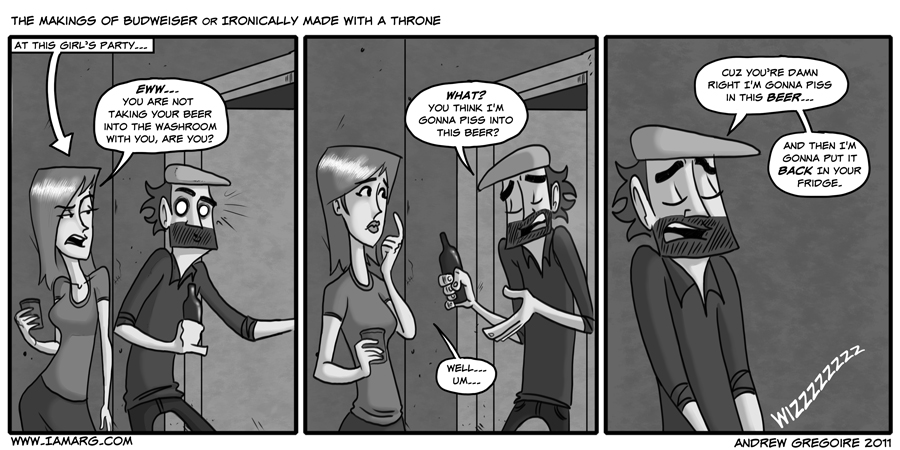 SO! Last friday I asked you guys to give me some Nerdy reasons for not banging another human. A couple of things were learned from this little experiment.

One, If we applied even half of the things that were suggested, none of us are getting laid, it’s still good though, it means we have standards.

Second, there’s a lot of doctor who fans who read “I am ARG”

Third, I need someone to proofread my comic when I have a fever. I spelled my  name wrong.

That’s not all of my favourites, but I particularly enjoyed these ones. Another thing I’ve discovered is that we’ve all got passionate reasons to not be with somebody. That being said I think we should definitely give serious consideration to anybody who makes a concerted effort to meet any of our demands.

In AWESOME NEWS… ARRESTED DEVELOPMENT IS COMING BACK TO TV.

So I only do this once a month but I’d like to point out the Voting buttons on the side. Every month they reset and since we’ve stepped into October it’s a new month for I am ARG on these charts. They’ve been a great source of new readers. So if  you feel like helping me out a simple 2 clicks on any of the vote buttons there.