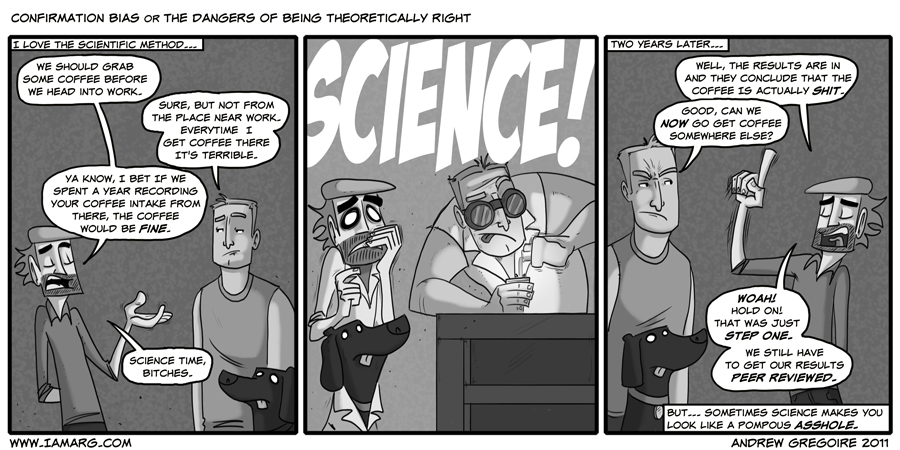 I always seem to catch people using this logical fallacy and I usually call them on it. But every time I call them on it I end up looking like an ass. hmm… was that confirmation bias right there?

Been a busy week. You see I also work for my family right now along with doing I am ARG. So I’m constantly working pretty much.

HERE’S A PICTURE OF A DUCK BEING AN ASSHOLE.

So… T-shirts are still coming I just need to make up a promotional video for the indiegogo page. I expect it next week to be up… I also expect prints to be available then too. No guarantees right now as I have to juggle a bunch of stuff. but I’d like to have the pre-order stuff ready for you guys so there’s shirts available for the holiday season. I’m working on it.

Have a great weekend guys.