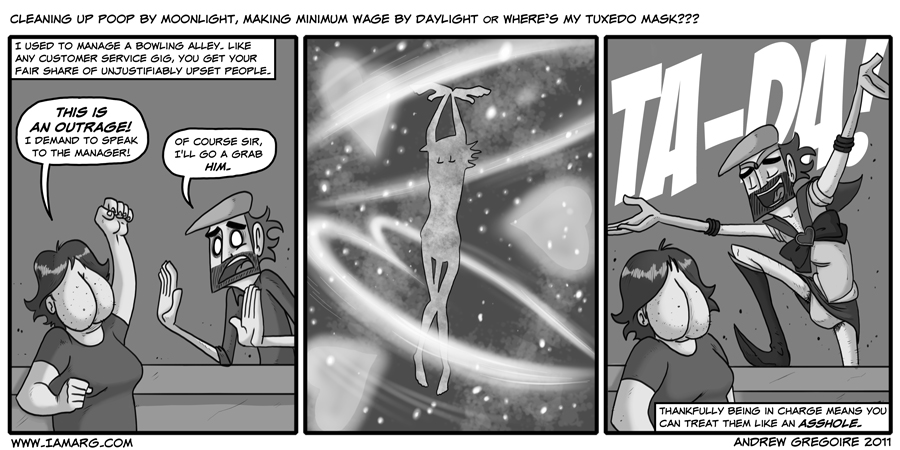 I was managing a bowling alley before I went to college and one night an angry customer demanded everything to be free for a birthday party that went better than perfectly. If there was an issue with the pizza, then why did you eat every last slice and even ask me to order another one? The lanes were not sticky, as I had just cleaned out your area before your party came in. Basically she was trying to bilk the alley out of paying. She demanded to see the manager. So in a bit of smartass wit, I did a couple of quick spins on the spot, rested with my arms out like a gymnast and replied “Hi, I’m Andrew, I’m the manager. What seems to be your problem”. This pissed her off to no end and she left in a huff. She later phoned the owner of the lanes to complain. He asked me about the situation, I explained that she was trying to get out of paying for her party and that she was just making up excuses. Then I explained to him what exactly I did that caused her to leave. We high five’d and that was that.