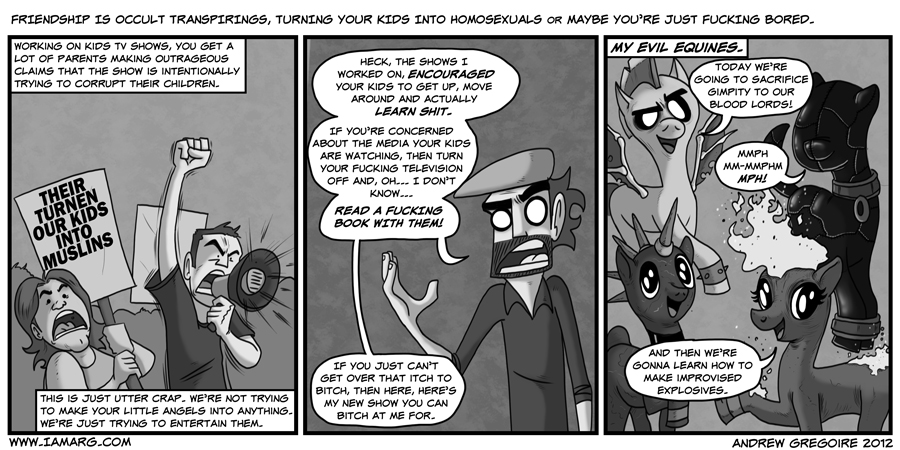 Been awhile since I’ve done a ranty comic!  I worked on this show called Waybuloo over a year ago, and while creepy looking and weird in it’s presentation, kids went fucking ape shit for it. And as the popularity of the show grew, so did the wacko’s that honestly thought we were hiding demented things in an effort to corrupt their kids.  Get over yourselves… nobody on that production was actively trying to hide messages. It’s not a common practice. You’re reading into things that aren’t there and you’re anomaly hunting.

TODAY IS HOURLY COMIC DAY! I’m posting a quick little comic every hour today and the only way to see it is if you follow me on Twitter at @IamARG or join the I am ARG Facebook Group.

Anyways! Been doing a CRAP TON  of research lately into getting the book ready and getting a store going. I know I keep saying it’s coming soon. but it is… I swear…