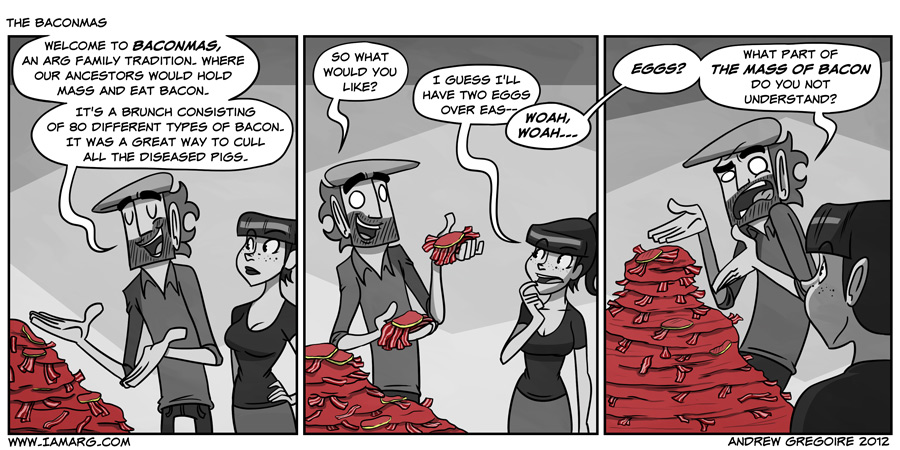 It’s an ARG family tradition where on Xmas morn we eat several different types of bacon for brunch.  It’s an excellent tradition I plan on upholding.

I hope your holidays were filled with cool moments and even cooler people. If there was no cool people around that means you were the cool one.  So take solace in that and if you haven’t played Frog Fractions Merry Xmas… the only clue I’ll give is “down”.

So… The last couple of weeks have been a little hectic even without the holidays. I know the update schedule here has suffered because of it and I thank you guys for the Patience.  If you follow me on twitter you already know this story. The week before I was sick I had mentioned and even made a comic about going in for an interview with an Animation company. Well the week I was sick I was called in to do an animation test. Which is basically me just animating a short piece (in this case a 400 frame scene) as a test of current animation abilities. I was sick when I went in, but came out confident that I had done a great job on the test. Well it looks like I did, because the next day I got the job. I’m not sure If I’m allowed to really talk about the show, but it’s a really slick looking kids show that’s funny and is going to be super fun to animate on. I’m looking forward to it.