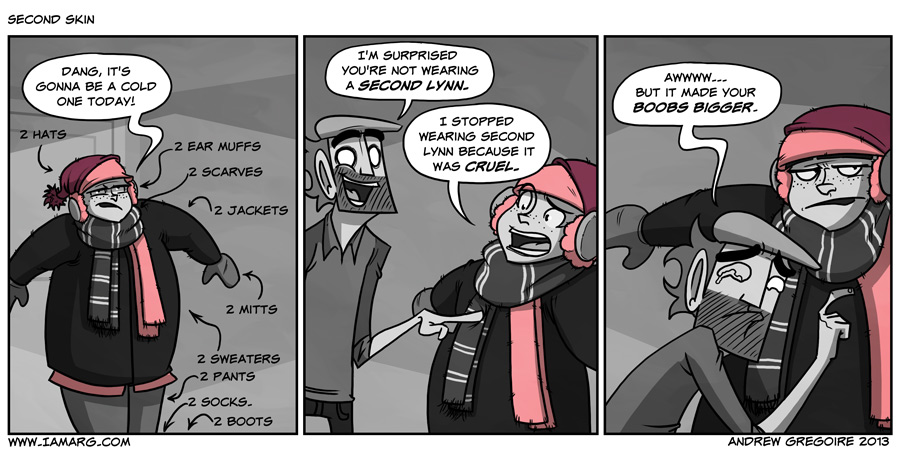 It really sucks that we can’t just wear a second version of ourselves as a suit to keep us warm. Plus there’s like laws against that sort of of thing.It would be really useful now. I don’t need to tell you it’s cold in Canada. So I won’t. Thankfully, Lynn crochet’s a lot, so she’s never short of warm things to wear.

So this time next week I’ll be in Seattle at the Emerald City Comic Con Tabling at booth 2420 with a bunch of other great other webcomics like LAWLS, ChannelATE, Woody After Hours, Invisible Bread, Buttersafe  and Robbie and Bobby.