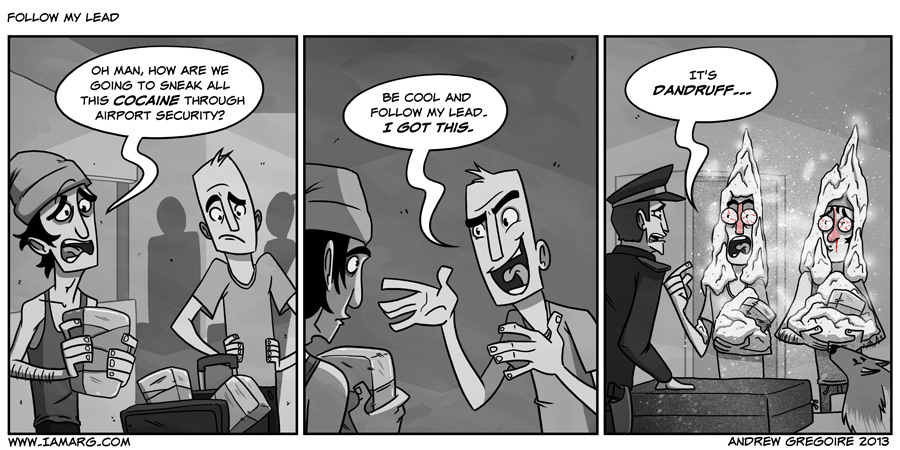 Kick you coke habit by joining the I am ARG facebook page!

So some big news today! After today I’m officially off work for a month between seasons of the show I’m working on. Which will afford me a lot of time to concentrate on comics and other projects. I’ll have a blog post up this weekend detailing some of my future plans.

I wanted to take a second and personally thank those of you that see my comics posted on other sites and take the time to post a link back to the source. Yesterday I am ARG had it’s highest traffic day all because people credited my catwoman comic to this site. It brought in a lot of new readers in and made me feel great about this whole comic thing. So, Thank you for taking the time to do that! Also if you feel like sharing your favourite comics elsewhere go ahead! There’s a bunch of handy social media buttons at the bottom of this post to help you do just that!

Have a great weekend folks!
-ARG!