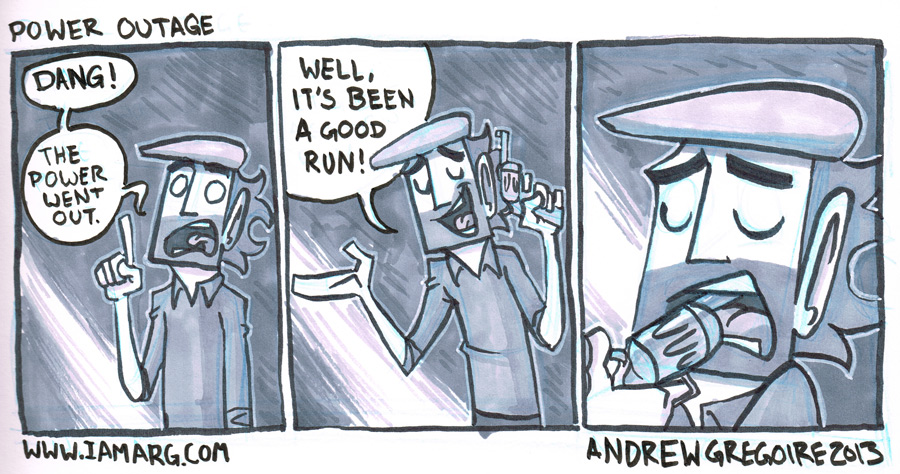 So yeah, you’ll notice the lofi traditional style of today’s comic. It’s because I had to draw this comic on paper by candlelight last night. Yeah that’s a picture of me in the dark, head to sketch book, drawing.  If you’ve been following Toronto weather patterns (who doesn’t amirite?) you’ve no doubt been aware that there’s been major flooding in areas and massive power outages. Due to us getting about a months worth of rain in a couple of hours. Luckily Lynn and I are more mid west in the city, so we stayed fairly dry. We only had our  power out at Chez ARG for just over 6 hours yesterday Unfortunately my Laptop was out of juice and my phone was dying so I when most webcomics would take a day off I powered through (well without power, but you get what I mean)   And fortunately power came back on shortly before I needed to post this.

I’ll draw something special for you guys to make up for the lack of a regular ARG strip later today. Keep an eye on the I am ARG facebook page for updates! To quell you for the time being I finally added a RANDOM BUTTON!!!!!! ERMERGERDZ!!!!!!