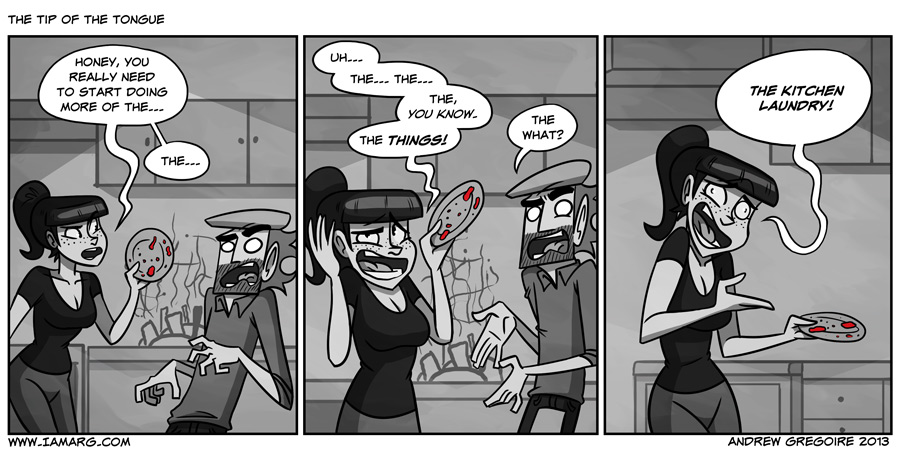 The Tip of the Tongue

We’ve solved the problem of when a word for something is on the tip of your tongue… Just make up a new word for it.

Thanks for letting me have Monday off freinds. After Fanexpo, I was super exhausted and was ready to drop. Having a night off was amazing for my sanity.

As a penance for a late monday comic take this EXTRA COMIC. This is the one I was originally going to post on Friday. It’s based on a true story. Yep.

UPDATE! This weeks schedule for comics is going to be a bit weird. FanExpo threw me off and a unfortunate circumstance with wednesday’s comic has basically made the update schedule for this out of whack. I promise next week everything will be back to normal.