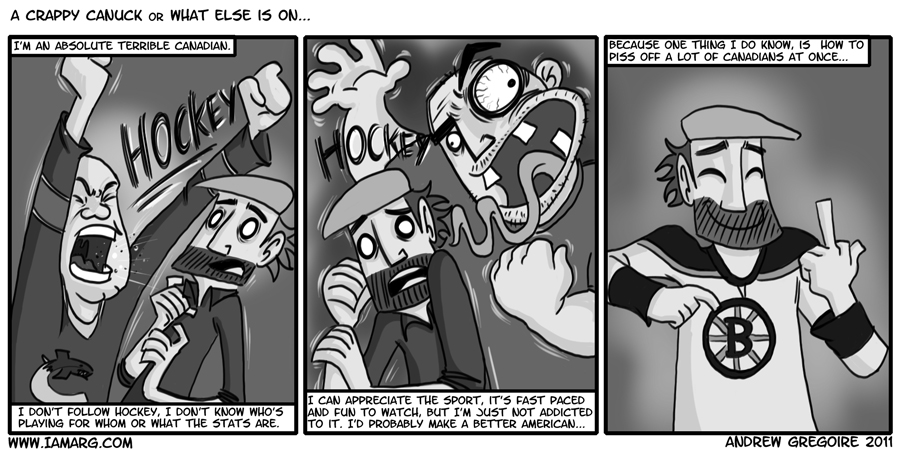 I’m not a fan of either team really, I just haven’t been into the hockey since the Canadiens won the cup in 92-93.  whichever team you’re cheering for I’m cheering for the other one just to stir the pot. Unless you’ve got money on that team that if they win means a family member or friend gets a vital life saving surgery. I’m a dick not a douche bag.

Watched Battle: LA last night, It was entertaining as action movie. I’m a huge fan of Alien invasion films even bad ones with terrible acting and a bad plot. E.g. War of the Worlds, Skyline, Independence Day. I like the premise behind Alien Invasion films, that idea that humanity might be wiped out and it’s a last ditch all or nothing effort against an enemy that is powerful, more advanced and tactically superior. Battle:LA had most of that but it didn’t really have the Mystery that some Alien Invasion films have, that Unknown feeling that creates some awesome suspense. Ending aside, Signs accomplished that really, really well.  Solid suspense and wonder. Again to reiterate, DID NOT LIKE ENDING.  Mystery needs to be a factor in more Invasion style films.

In site news I’m looking to fix some small things, more for convenience for you. And looking to add an art gallery of sorts. Possibly a forum? is that something that’d be cool?