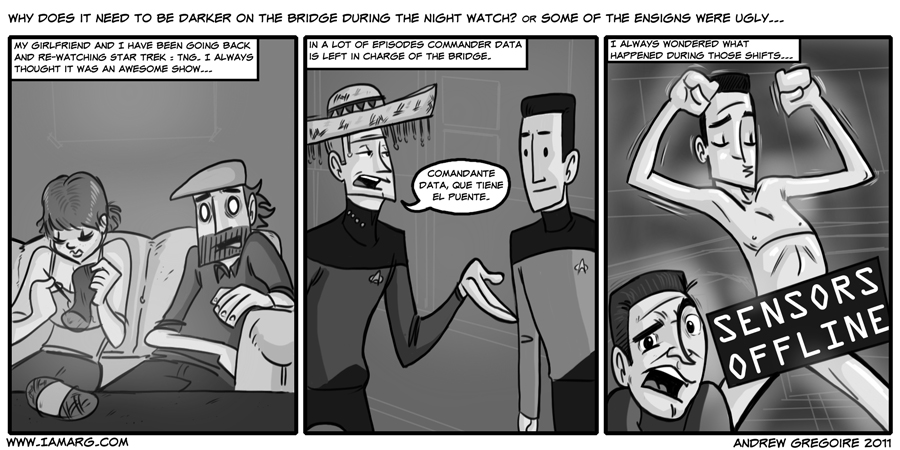 I really hope I got that Spanish right. Google translate FTW. Originally I wanted to have Commander Data windmilling. Consider yourselves lucky…

So yesterday I recieved two Firsts for I am ARG! The first First is my first negative comment! I was honestly expecting it a lot earlier.  I rarely block comments and when I do they are just spam comments or call back comments that wordpress oddly makes… The comment in question is here. I left it untouched and will probably leave all coments good or bad unless they’re super offensive or just plain nonsense.  Oddly with all the implied murder, pedophilia, drug use and just bad comicry, religion was the one thing I went to far with.  I have a feeling this comic isn’t meant for them. I appreciate the time they did take to read though and if they do come back to read awesome on them.

Secondly, I broke my 4chan cherry, my bud David took this screenshot of what I assume is the Comics & Cartoons board on 4chan.  Its about the Animation necromancy comic I posted. 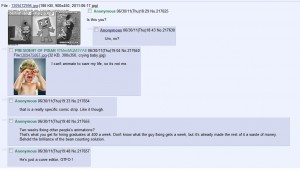 Its true we really are just curve editors at that point. but gosh darn it we be damn fine manipulators of them curves…

I feel internet famous now and will be awaiting my massive internet money cheque that inevitably comes with this level of fame.

All ego aside I wanna thank everybody leaving comments (good and bad) and for liking the comics on facebook. The word of mouth stuff has helped and I very much appreciate it.

Also It’s a new month which means new voting on the vote sites linked on the side. I don’t usually like to pimp the voting but it’s been a nice way to get the comic out to new people.  So if you feel like it you can vote for me. Thanks.