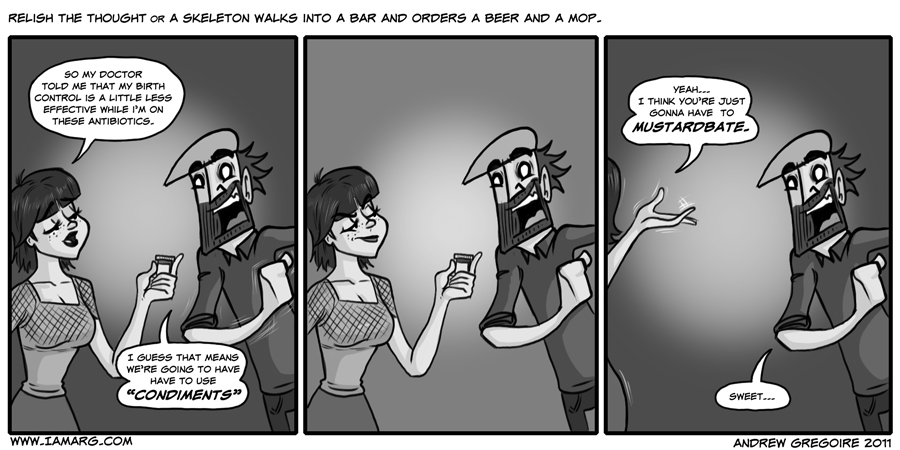 My girlfriend is the Queen Of bad puns, so whenever I get a chance to use a pun I’ll try and push it as hard as I can. It never works.

So did you enjoy the vid I made of last friday’s comic? No? oh… what?  You in the back, did you say yes? No? oh… well… I like em… so I’m gonna make more. whether you like it or not.

I didn’t accomplish as much this weekend as I had hoped to. BUT, I did get caught up with some movies.

“X-MANS : The Initial Scholastic Intake” was pretty good. even though it’s like two hours long, I felt they could have made it even longer and it would have turned into a cool period drama with mutants. I would watch that.

“The Bride’s Cleaning Staff” was pretty good too, I really like seeing John Hamm in anything, he could be in my grilled cheese and I would sit and watch it. I have a massive man crush for that dude. Plus some chick had to crack a blanket in half… damn…

“The Place where the Code Eminates From” was an interesting premise if somewhat flawed. I don’t know… I liked the idea behind it but when they explained it, it seemed really IN YO FACE with the quantum Theory and it always reminds me of that saying. “If you claim to know quantum physics you don’t really know quantum physics”.

So… any body heading out to FANEXPO? I wan’t to go and throw some fliers with comics and give out some cards. Any artists with a booth that read my comic wanna meet up and Network and stuff? any body just wanna chill by the suicide girls booth and act creepy? I’m just concerned I may be jumping the gun by hitting a con with only 2 months worth of archives. meh. can’t hurt too much…