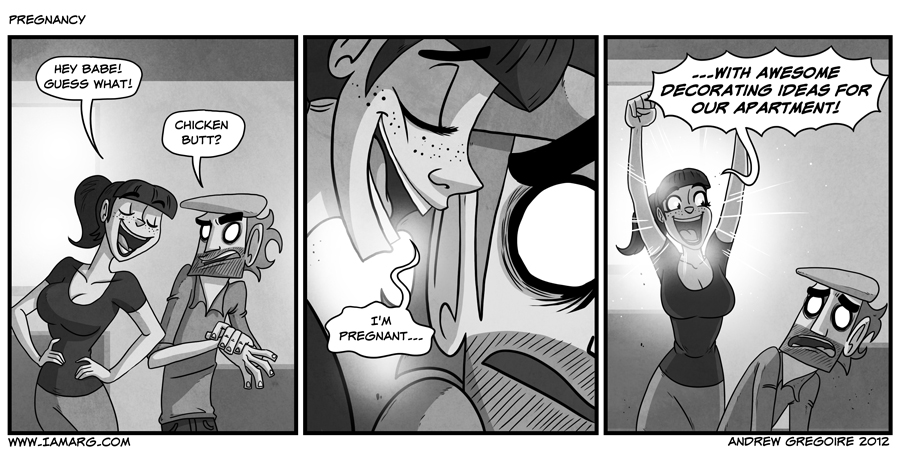 Those decorating magazines are some potent stuff…

I want to thank everybody who has supported the temporary shift in schedule. Just last night I was able to blaze through about two days worth of work in on night and feel REALLY GOOD about it.

I know lately that Fridays have been Vas Deferens Days, or better known as VD Days, today you may have noticed it is not another exciting chapter of Vas. He hasn’t gone away. Far from it.  While I have the whole structure of the story complete, The individual comic beats haven’t been written and I did not want to rush out a Vas comic. That is why there’s no Vas comic today.

To make up for the lack of VD here’s some early Vas conceptual art I did when I was planning the strip.