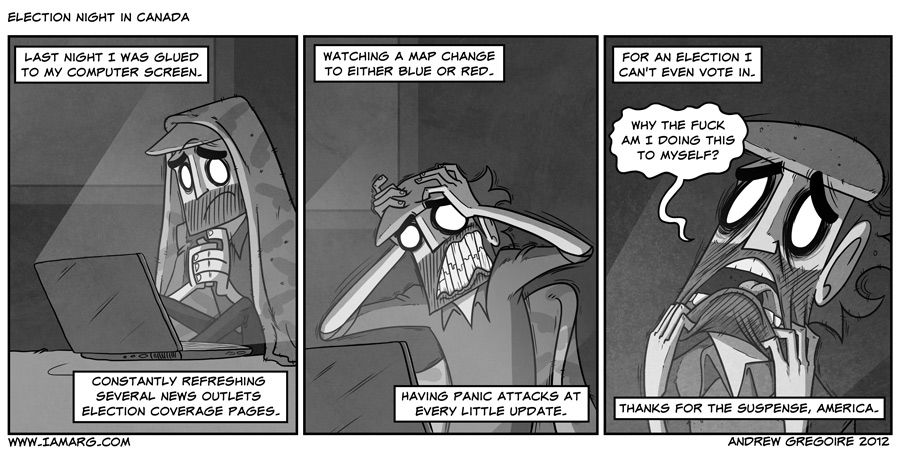 For the last month or so I’ve been glued to election coverage. There’s something about a political contest that just piques my interest. As a person that gets panicked and anxious easily, It was a tense rollercoaster of a night. All for a race that, as a Canadian, I have absolutely no stake in. Unless, A large population of disappointed voters decide that they’re going to move to Canada in defiance.

As of this writing NBC news claims that Obama has won re-election.

But the real winner this election was Women. First Asian American Woman elected.  First openly Gay Woman elected. First Disabled Woman Veteran elected. Big Ups for Marriage Equality in a bunch of states and I’d be remiss to mention that Colorado and Washington have legalized Marijuana. I’m not a drug dude, but I always thought those laws were skewed. So big ups to some social progress.