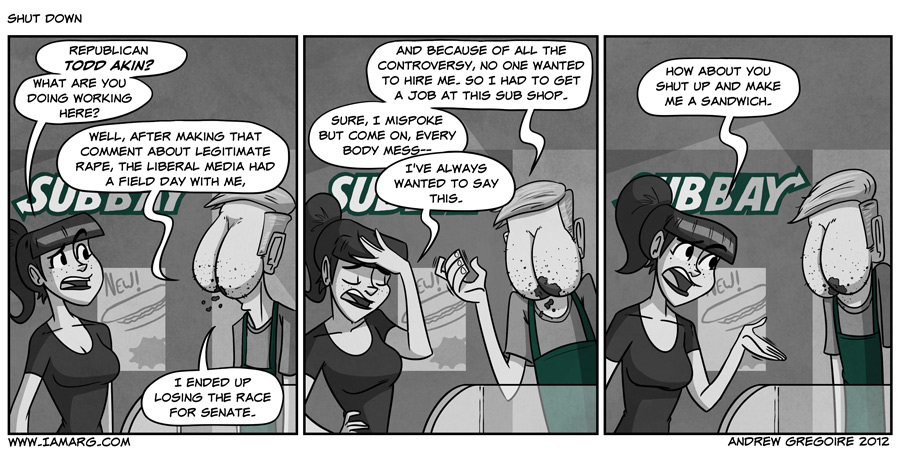 On second thought, I’d rather not have all that crap on my sandwich.

If you’re unaware of Todd Akin and his lack of knowledge on how a uterus works here’s the quote.

So I mentioned this on twitter the other day (@IamARG if you’re not already following me) but how awesome is it that every politician that gaffed about rape this election cycle was defeated. What is said though is that we are still debating the definition of rape.

Sorry to get all heavy on you guys. I promise some lighter hearted and less politically centered fare next week.

I did a guest comic Yesterday for Merc Works yesterday which you can check out HERE.

I also did a Guest Comic for Two guys and Guy which you can see HERE!