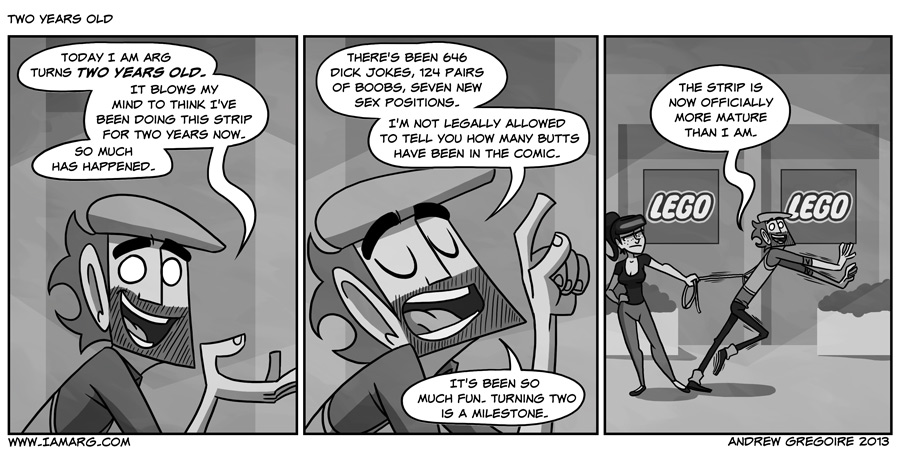 Today marks two years of I am ARG! Two years ago I posted the first ARG comic to facebook and it’s been a crazy ride. This past year has been crazy. I put out a book, I’ve done three cons, made lots of great comic friends and made some of best comics.

I want to thank every single one of you guys and gals for making this whole thing possible. Without your continued support this comic wouldn’t be what it is today! I’ve met so many of you at conventions and you’ve made this whole comic thing amazing.  So again, thank you for all your support.

Year three is already shaping out to be crazy year, I’ve got lots planned for the coming year. More convention appearances, an upcoming anthology story, an artbook, another ARG book, a site redesign,  more merchandise and of course lot’s of dick jokes.

Here’s to another year of ARG!