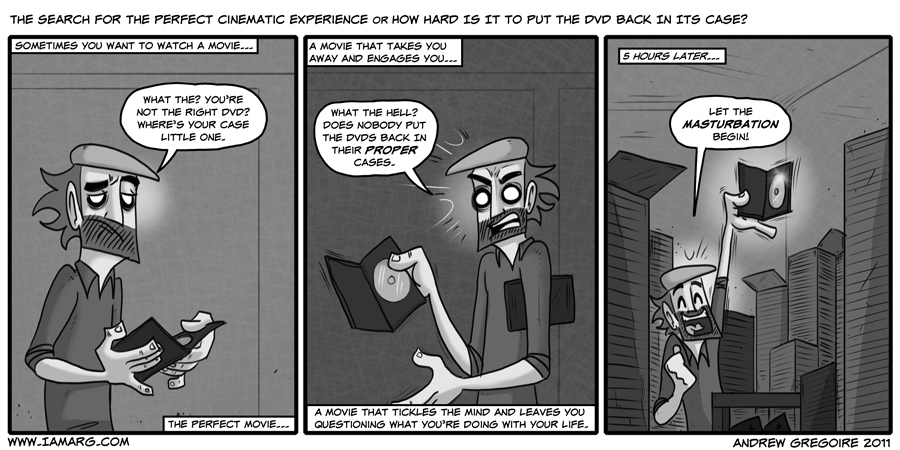 I had some roommates that were notorious for not putting the dvds back in their cases. It was like a scavenger hunt for the right case.

Everybody have a good weekend? I did… even while trying to recover from a damn stomach flu. Got a lot done granted I missed Thanksgiving at my girlfriends place.  I hear they had a killer game of Ron Santos. Don’t ask what that is. It’s a comic in itself….

So Yesterday I put out a call for reader questions that I will answer with a comic. I’ll be looking for questions to put on the list for the next 2 weeks. I’ve got a good buffer going right now plus a surprise for next week so after that I’ll do the Answer comics. So if you’ve got a question leave it in the comics section or leave me it on my Twitter at @IamARG or on the IamARG Facebook Page. I’ve gotten some good ones so far and looking forward to what you guys got. Remember keep em clean.