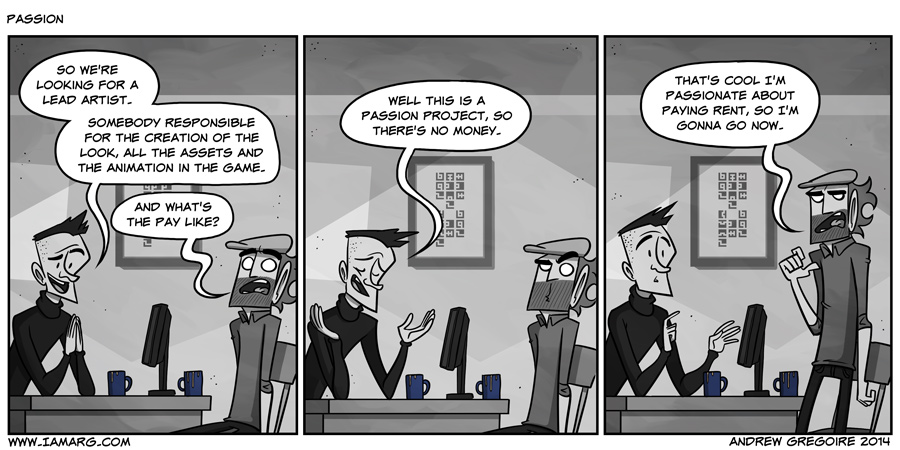 After posting that Sprite animation I did last weekend, I’ve gotten some job offers at some game companies. Unfortunately none of them are paid positions. Future Game Developers, pay your artists. I only do one thing for free. This comic.