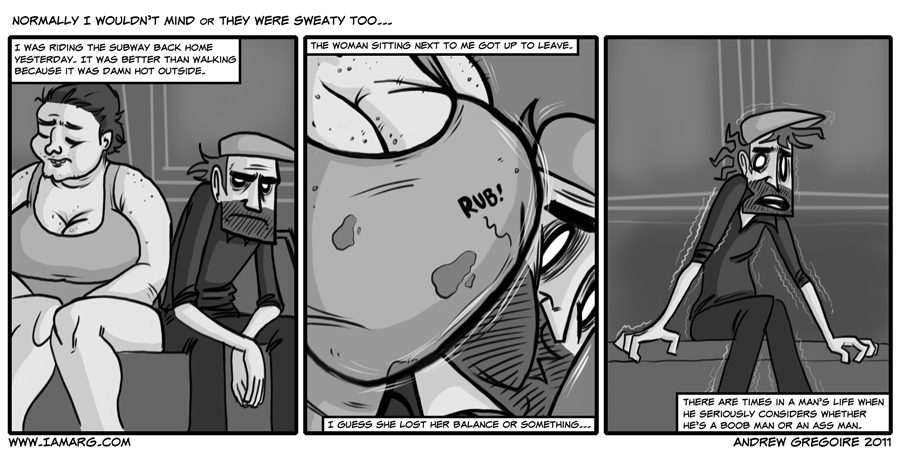 Spent a lot of yesterday out and about when I should have been in working on stuff and then when I did get to work I accomplished a bunch but I still have a list of crap to go through Luckily I got some of my errands out of the way and wrote some new comics while I was on the subway.

I wanna take a moment right here and thank everybody who’s been voting by the links on the side and everybody whose been following me on twitter and deviant art. I’m gonna throw some sketches up in deviant art eventually, I just need to get them sorted together.

Before I go I must direct you to a source of amusement.

Have a great thursday!